West Bar was founded 1997 by the three friends Panagiotis, Costas and Giorgos, when they bought the old bar Club 33. With it’s central location on Kos Bar Street, West Bar quickly became popular and eight years later the super market next door was bought. It was renovated and upgraded to a bar and got the name “Small Bar” which also meant that the outdoor seating area was expanded.

After the season 2004 Panagiotis decided to buy out his partners and since then has had full ownership of West Bar. In 2013 the bar Valhalla was bought making the expansion even bigger with a total of three bars. 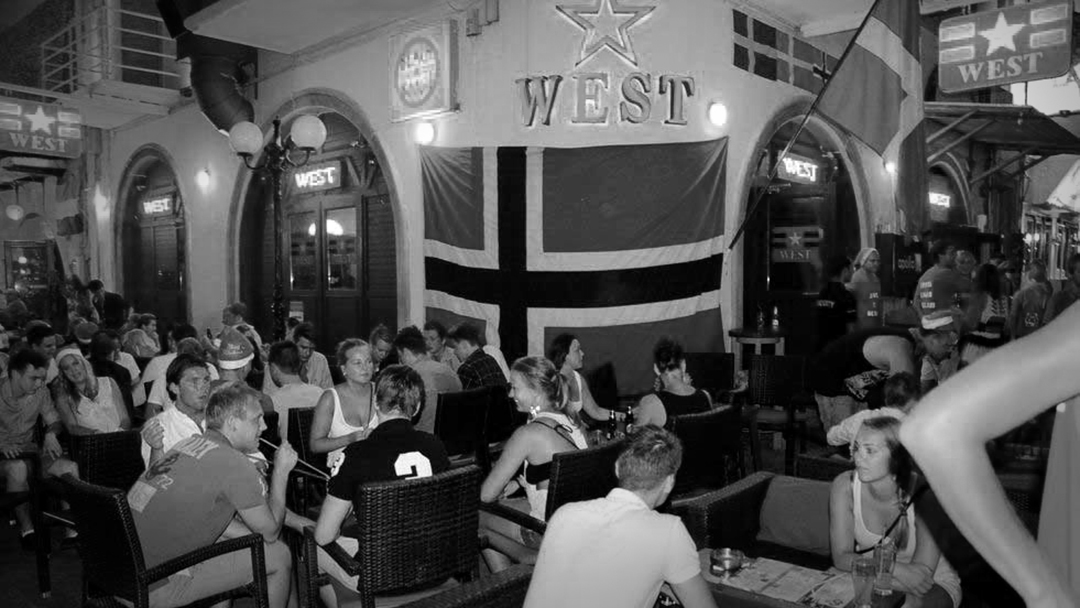 West is the most popular and biggest night club concern on Kos Bar Street. Experience the unique atmosphere from our scandinavian DJs and order shots served in meters. Share a fish bowl with your friends and a absolute must is our legendary lemon shots. Take a break from the music and the dancing on the tables by challenging your friends on a Beer Pong game. The West magic is the reason guests have returned for centuries and we are famous for our service and quality.

Take the chance to work abroad in bright sunshine on the beautiful island of Kos. With an amazing vibe, great food and lovely people Kos is one of the most attractive islands in Europe and every year hundreds of thousands travel to Kos to experience the great atmosphere the island has to offer.

Don't miss out on our travel guide were we've collected all airlines and travel agencies flying from Scandinavia to Kos next season. Please feel free to use our guide and find your trip to Kos.